Special Events:
Join our Newsletter to receive information about Special Promotions, Products, Unadvertised Specials etc.
** Please note ThriveSisters is no longer used. Everything will be under MyThriveChef You can shop at ThriveStore.com and reach me via email at MyThriveChef@gmail.com

Remember a while back and let you know that I was contacted by Food Network for some of our Shelf Reliance Thrive Freeze Dried Foods? Well, Extreme Chef will be airing THIS WEEK!

From the Food Network site:

A second season of Extreme Chef takes seven of America's most fearless chefs out of their kitchens and drops them into extreme locations, from the scorching California desert to the exotic jungles of Thailand.

Seven chefs begin the culinary adventure of a lifetime in a post-apocalyptic wasteland, scavenging for their ingredients and tools. After using freeze-dried foods and building fires from scratch, one chef won't survive.

Seven of America's most-fearless chefs test their physical prowess, mental toughness and culinary skills on Extreme Chef, hosted by TV veteran and seasoned world traveler Marsh Mokhtari. The grueling and seemingly impossible culinary challenges are judged by a rotating panel of notable guest judges, including Simon Majumdar (Next Iron Chef judge and food journalist), Ben Sargent (host of Cooking Channel’s Hook, Line & Dinner), and Troy Johnson (host of Crave, food critic and journalist). In the end, only one chef will be the most extreme while taking home a $50,000 grand prize.

I have to tell you I am VERY excited to see what they come up with, which products they decided to use and what the rules are.  If you get a chance catch the show, it should be fun!

The more we can save money, feed our families nutritious food, prepare ourselves and our friends and neighbors the better off we ALL are.

We would love to hear what you have to say

Have your own business as an Independent Consultant. Great Team Training!

Work your own hours. Help others learn the benefits of using & storing quality freeze dried foods. Receive excellent training and support. Earn food & money! I will show you how with great training. 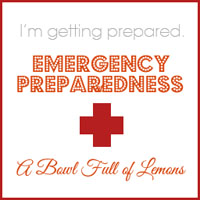 Link to our blog from your blog or web site. Just copy and paste this code.